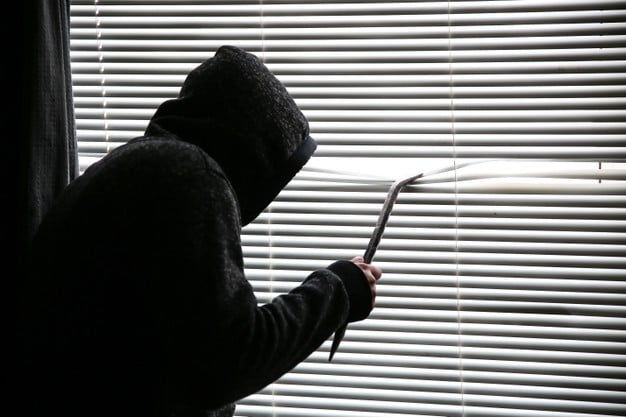 Definition For Home Invasion – A Guide

According to a survey by SafeWise, property crime seems to be the most problematic of all. Close to 20% of Americans were distressed by the possibility of a home invasion. Despite that, 38% of Americans do not have any added security for their home.

Lawmakers impose some of the harshest sentences on those committing a home invasion. This is because the invasion of privacy, both physical and digital, is frowned upon. And also due to the violent nature of the crime. The penalties for home invasion vary from state to state.

This article delves deep into the home invasion, penalties, and above all, the laws. We also intent this blog to clarify any doubts you may have regarding this.

Entering a property with the specific intent of committing a crime is called a home invasion. It is a type of robbery where the perpetrator breaks into a home while the occupants are still inside. The intent of home invasion can be:

Home invasions can be dangerous since the person enters either by stealth or force. As a result, there are high chances for conflict between the homeowner and the offender.

A good example is the Michigan home invasion case that happened in the Saginaw Bay area. The homeowner who walked in on a violent home invasion was shot three times by the perpetrator.

What is classed as a home invasion?

Home invasion involves breaking into the home that the perpetrator knows is occupied. To be charged with one, any of the following actions should apply:

In certain cases, a person can also be charged with home invasion for entering their own home. This is because his/her spouse can have a protection order issued against them. It is a violation of court order, and hence a home invasion. Courts impose severe consequences for the offenders convicted of a home invasion.

The offender is guilty of a first-degree home invasion if they carry a dangerous weapon.. And if another resident/tenant/homeowner is lawfully present in residence.

Note that the crime mentioned here may be theft, felony, or assault.

A person commits a home invasion of the second degree when:

Note that the crime mentioned here may be theft, felony, or assault.

When committing any of the below actions, you will be charged with home invasion in the third degree:

Crimes related to a home invasion

Home invasion is a pretty serious criminal charge in many states. And if found guilty, it carries severe penalties. Here are the crimes associated with a home invasion charge.

You commit a trespass when you:

The law recognizes unauthorized entry as a home invasion, except that the offender doesn’t intend to commit a crime. It happens when you enter and stay on the property without permission from the occupant. The laws consider the crime aggravated if the resident is present at the time of entry.

Home invasion is a serious crime and has a high likelihood of prison sentence if convicted. However, the judge may consider the following when determining a proper sentence.

If the prosecution can prove the criminal charges, you will be sentenced with:

If the prosecution is unable to prove the charges, you may still be charged with misdemeanors.

How do I defend against home invasion charges?

Not all allegations of home invasion are legitimate. Your lawyer will prepare for your defense by analyzing the circumstances surrounding your arrest. Your alleged criminal behavior will also help prepare for the defense. To prove your innocence, your lawyer may use the following defense strategy:

The court doesn’t take to people home invasion. The sentence is pretty severe if convicted, and you would spend some serious time behind bars. An experienced criminal defense attorney should:

A home invasion happens when people enter a building or vehicle with the intent to commit a crime. The home invasion law is divided into three code sections varying in severity. The first degree is the most severe offense and attracts a maximum penalty. A crime of home invasion requires proof of the following beyond reasonable doubt.

Every classification has a minimum sentence and a maximum sentence. The class is decided depending on the structure where the invasion happened. Other factors play a significant part in deciding the felony.

Home invasion robbery is when someone enters a property to commit theft. More often than not, it involves threat, assault, and violence. A property here includes a residence of any kind such as:

Apart from that, the offender may also possess a dangerous weapon such as a firearm. Home invasion robbery is one of the most serious crimes in the eyes of criminal law. If a weapon was deployed, the charge attracts a maximum penalty.

Most offenders operate in groups and are unemployed males. They depend on the sudden burst of entry to create chaos. They gain control over the occupants soon enough. More often than not, they use deadly weapons in the process. The victims are often the elderly or those who live alone.

To prove the charges, the prosecutor should prove the following without reasonable doubt:

Home invasion robbery happens when the defendant enters a property to commit a theft. Most states treat home invasion robberies as serious offenses. The penalty goes up depending on the offense and if the perpetrator has a weapon. Moreover, the prison term can go up if there are any aggravating factors present. For example, prior felony convictions.

Here are the charges and the prison terms. This is subject to change depending on the changes in the laws.

A burglary happens when someone enters the property intending to commit theft. It can be a residence, place of work, vehicle. Additionally, the offender may also commit battery or assault during the process.

In contrast, with a home invasion, the perpetrator enters a property without permission, often forcibly. The property should be occupied, but the homeowner or resident need not be there at the time of the offense.

In the eyes of the court, to prove burglary, the prosecutor requires proof that the offender had the intent to commit a crime. But in the case of home invasion, they require proof of forcible entry. However, both crimes are serious offenses. Therefore, they carry a heft sentence both in jail terms and fines.

Home invasion, otherwise called residential burglary, is classed as a violent crime. And hence these cases are not brushed off by law enforcement. The prosecutors have to prove the specific intent of the charge of a home invasion beyond doubt. They will use everything, from witness statements to forensics, to prove their case. Home invasion cases often depend on the alleged victim to name the offender.

The guilty verdict from a home invasion conviction can hound you for ages to come. So, if you are charged with home invasion, robbery, or any other crime, consult with an experienced criminal defense attorney. Most of them offer a free consultation for your first meeting at least. Any confidential or sensitive information you share with your criminal defense lawyer is bound by the attorney-client relationship.